From the very beginning Premier recognised the opportunity to provide a Taxi service that was above and beyond what was normally accepted.

In 1990, in the middle of a recession, is where Premier had its humble beginnings, with just 5 vehicles and the whispers of 'you're doomed to failure' ringing in our ears. Sleeping on a concrete floor and jumping up to answer any call we might get was the normal state of affairs for the first 18 months.

Some 30 years later and with a fleet of over 170 vehicles, we have many other systems in place that directly benefit the customer and taxi driver, including closest cab technology. We continue to scour the market for new technologies in order to continually improve our offerings and service to our loyal customer base.

There's an app for just about everything these days and we know it's not enough to just have an app, you want a great one!

We've invested in the latest technology to make booking your next Taxi anywhere in Blackpool, Lytham or St Annes simpler, more secure and faster than ever before!

You can find out more about our App and it's many features here. 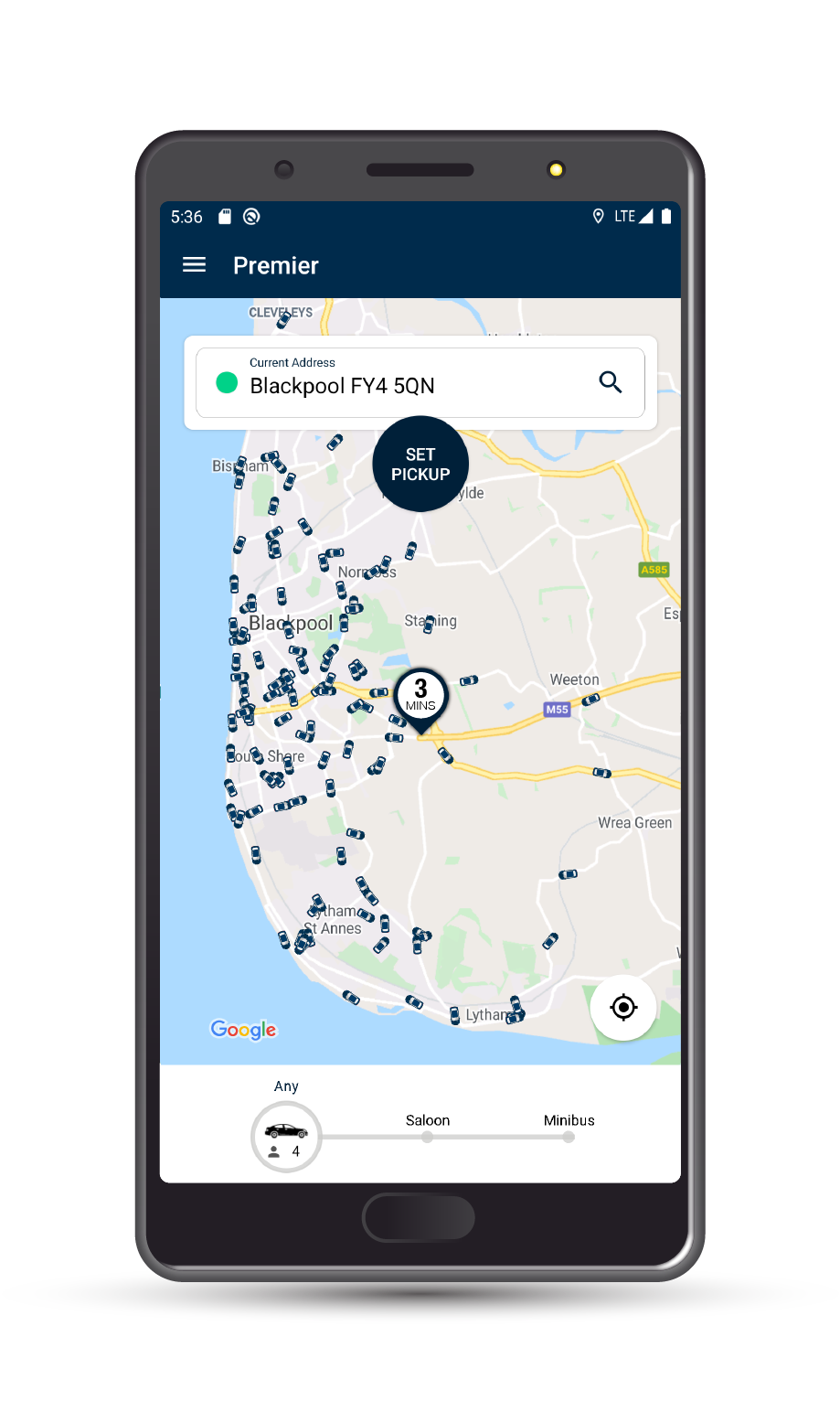 You've already called your cab, so relax. When it's on the way we'll text you to let you know. We'll send you your driver's details and the vehicle he or she is driving so you know who to look out for. That is especially important if you're out in Town on an evening. 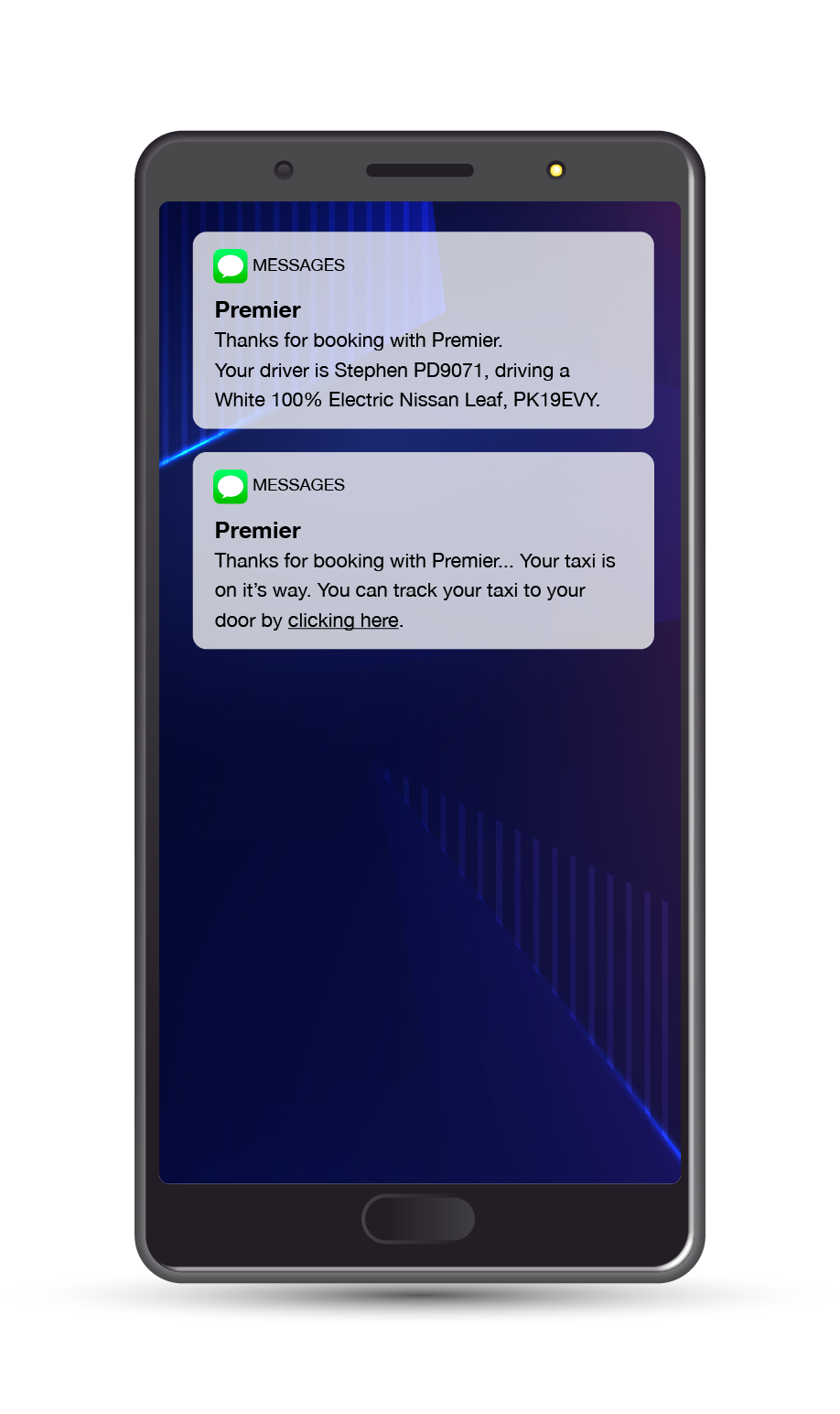 When booking by Mobile or App you'll have the ability to track your Taxi to your door. If you're in the App simply click on your existing booking or use the link sent to you via text shortly after booking on your phone.

Using GPS technology 20% fewer miles are driven and we are able to track vehicle CO2 emissions and provide account customers with detailed CO2 emissions statements, encouraging them to be more carbon aware. Of course if your journey is in an electric taxi then your emissions are Zero! 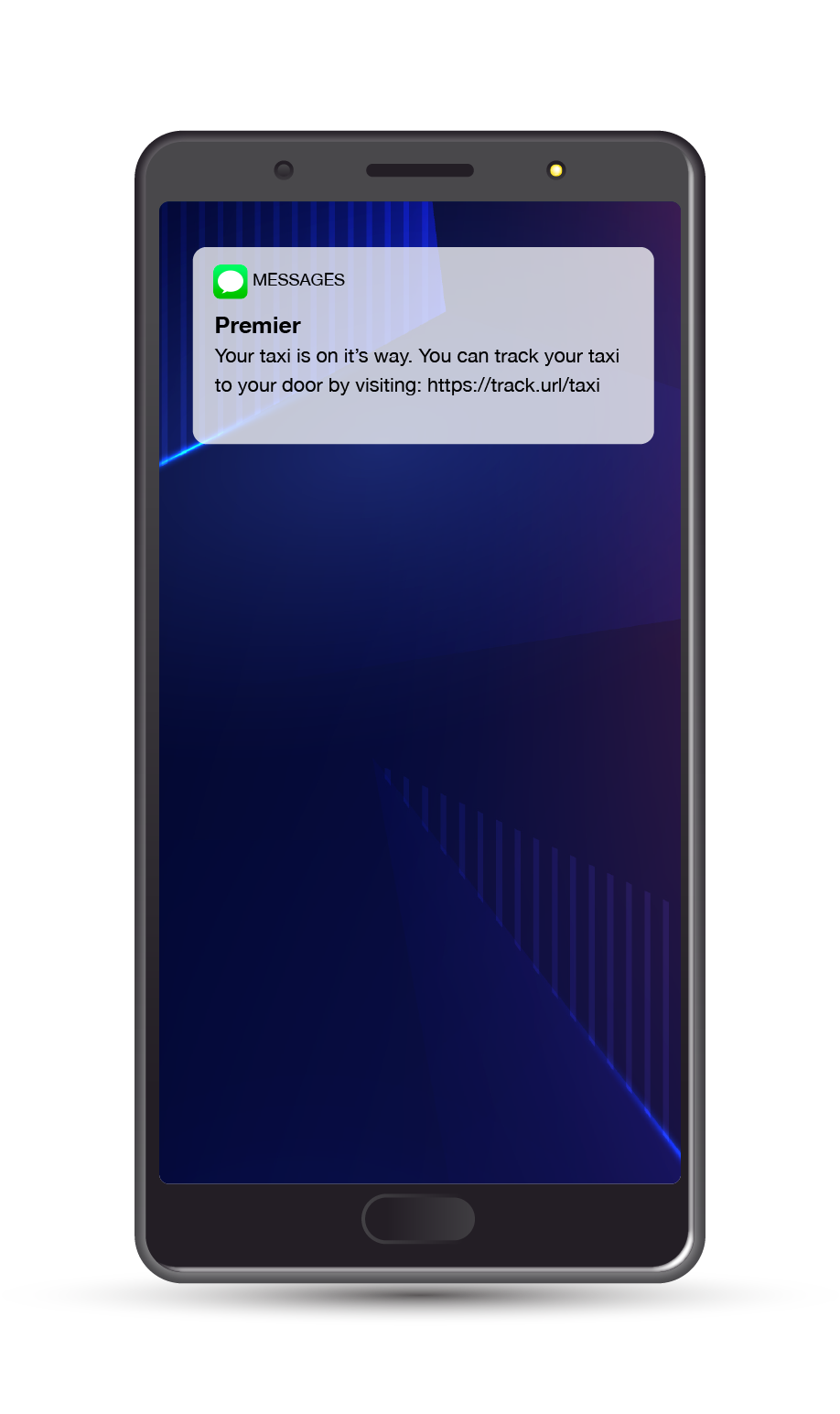 To help us maintain our high standards and further improve our service, we invite all customers to review their journey with us. Please remember to tap how many stars you'd give us at the end of every journey booked with our App. 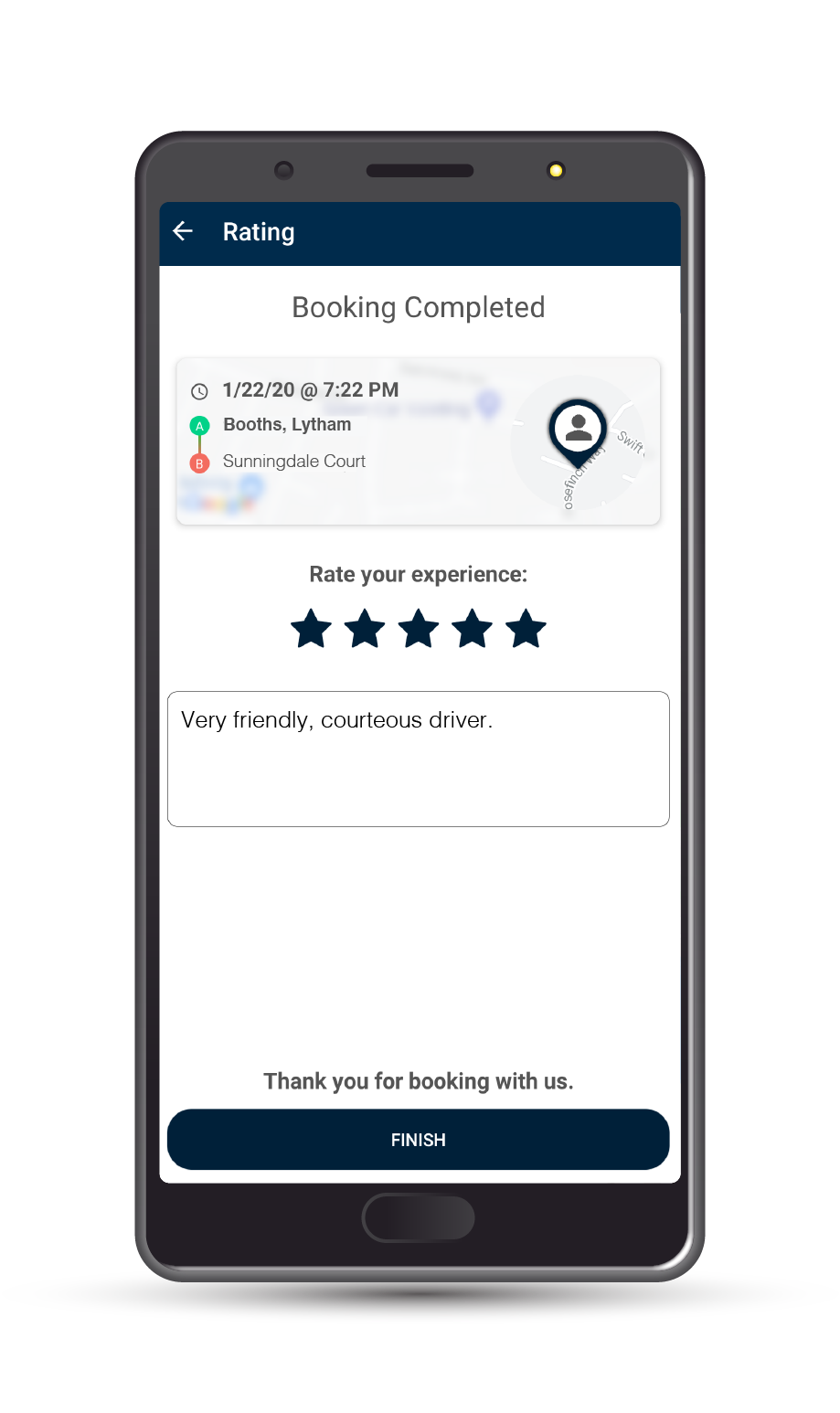 Our Interactive Voice Response system is the taxi industry's first IVR with Voice Recognition. It allows you, once registered, to book jobs and check the progress of your bookings without having to wait to speak to an operator.

When your number is recognised by our system, you are offered an immediate repeat pickup, which you can then accept or choose from a range of other options. 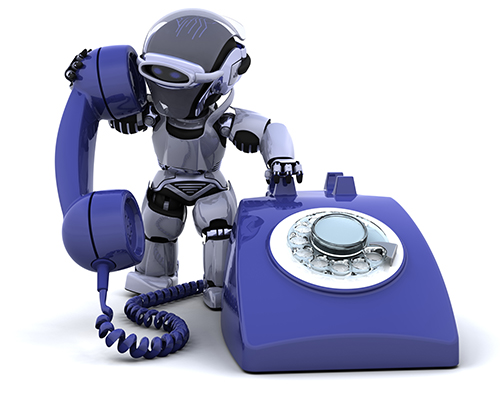 Our staff can track each vehicle at any time to see their exact location. The GPS information automatically calculates the expected time of arrival (ETA) of each job and if the vehicle gets stuck in traffic the ETA is updated; this helps to improve the overall experience and customer service.

Using GPS technology 20% fewer miles are driven and we are able to track vehicle CO2 emissions and provide account customers with detailed CO2 emissions statements, encouraging them to be more carbon aware. 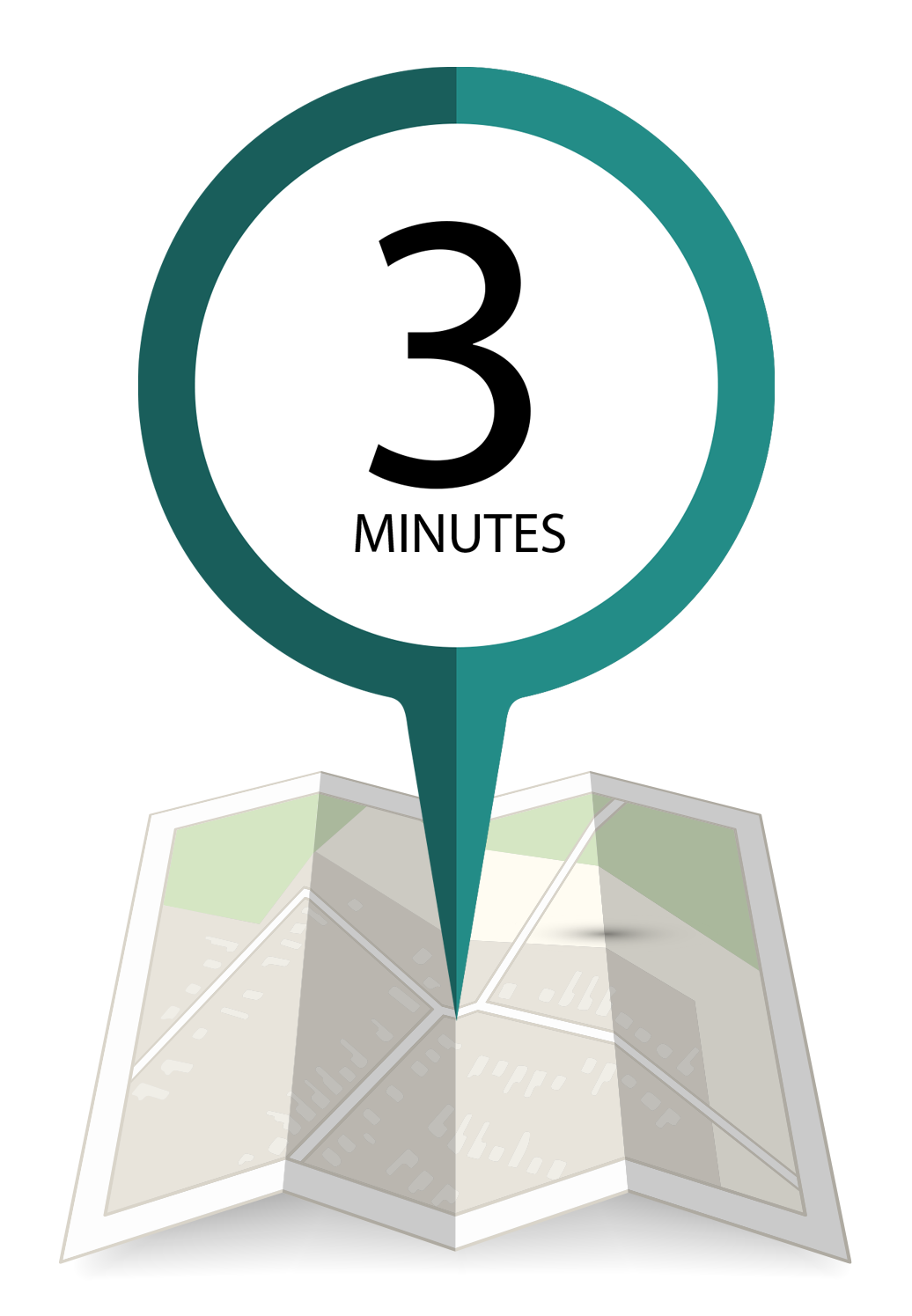 It's official, we are the UK's Largest Electric Taxi Company!

Since we first introduced these vehicles in early 2015, they have now travelled a combined 10,000,000 Miles! In that time our Electric Taxi fleet has grown from just 12 vehicles to well over 100 Electric Taxis - We estimate that figure to grow to well over 150 in the next few years!

With air pollution being a major concern in towns throughout the country these pure electric vehicles are making a real difference to the people of Blackpool and the surrounding areas. Our energy provider now obtains 100% of their electricity from renewable sources, including Wind, Solar and Hydro which means we're greener than ever before!

You can read more about our green credentials here. 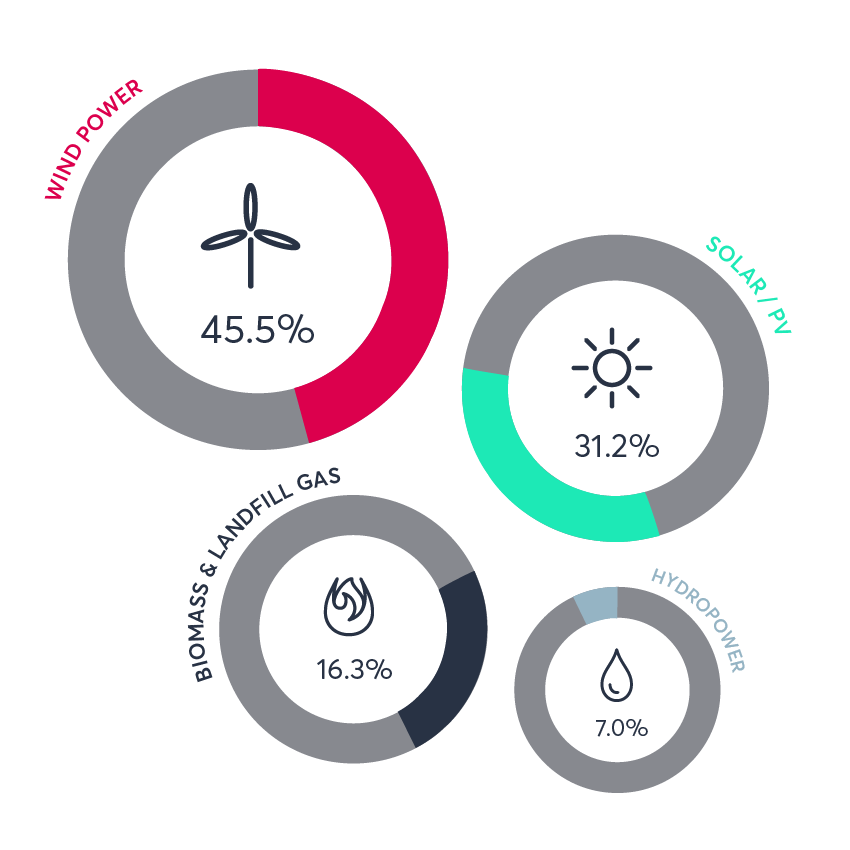 You can help us in our drive to constantly improve our service by rating your experience.

Book in a tap or two with our iPhone & Android Taxi Booking Apps anywhere in Blackpool or Fylde!